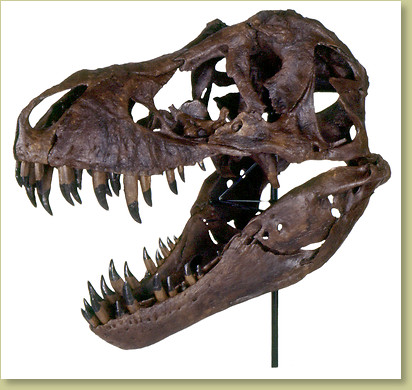 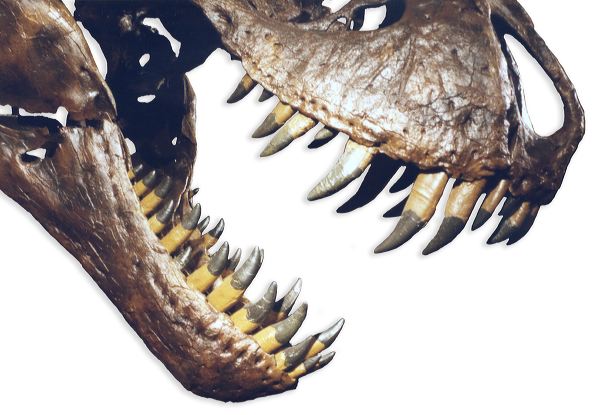 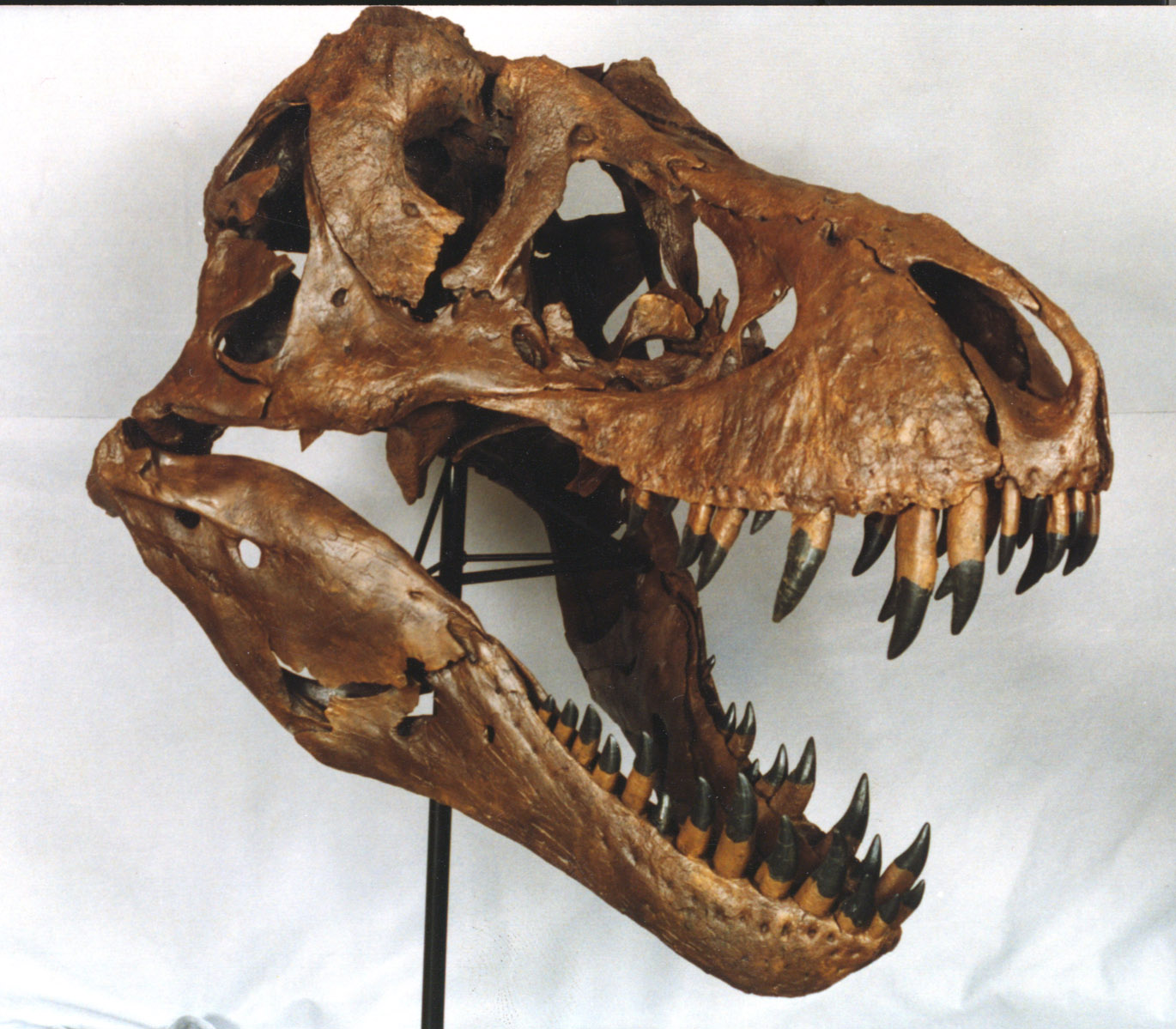 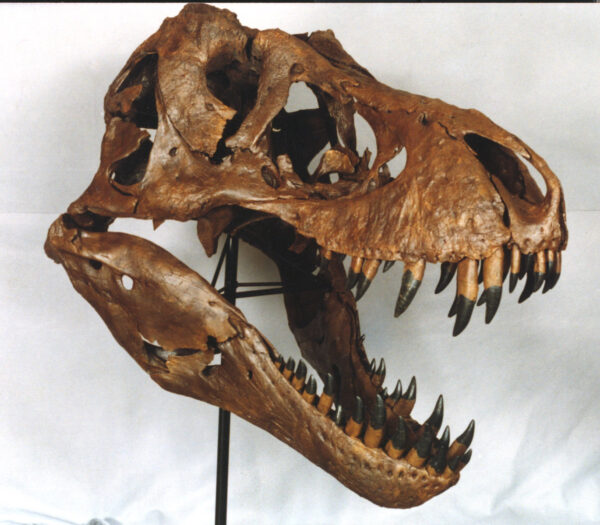 Production times may vary. Custom products are not always available on hand. Standard production time is 3 months, check with us to confirm build time and delivery

When STAN™ was collected in northwestern South Dakota in 1992, we knew that Stan Sacrison had made a significant discovery. Once the bones were prepared it became clear that STAN™ has the best skull of any Tyrannosaurus rex ever collected! Not only was STAN™’s skull virtually complete, but also the 50 plus bones were preserved in pristine condition. Careful examination of the disarticulated skull shows that T. rex had a kinetic skull. There are hinge, screw, and slip joints that allowed T. rex to open both the upper and lower jaws, greatly increasing the gape. These joints also acted as shock absorbers.

STAN™’s skull preserves a number of pathologies, or healed injuries. The cheeks (jugals) and lower jaws reveal the presence of irregular openings. One probable explanation for these holes is that they were puncture wounds received in battles with other T. rex. Smoothed edges around the holes indicate that the wounds healed. At the back of the skull on the supraoccipital crest of the braincase a portion of the bone is missing where the powerful neck muscles once attached. Directly below this compelling injury we find a round hole that is a perfect match for a front lower jaw T. rex tooth. These pathologies indicate the seriousness of the injuries STAN™ received, endured and recovered from, to live and fight another day.

Each bone was meticulously prepared and molded, preserving fine details of the bone texture. This attention to detail, along with STAN™’s provocative and compelling pathologies, makes this a truly engaging display for the casual observer as well as the dinosaur enthusiast.

Built in two segments (skull and lower jaws) plus base and support post, this specimen can be uncrated and assembled easily by two people in less than fifteen minutes! (Easily transported to off-site locations for outreach programs, promotional opportunities, etc.)