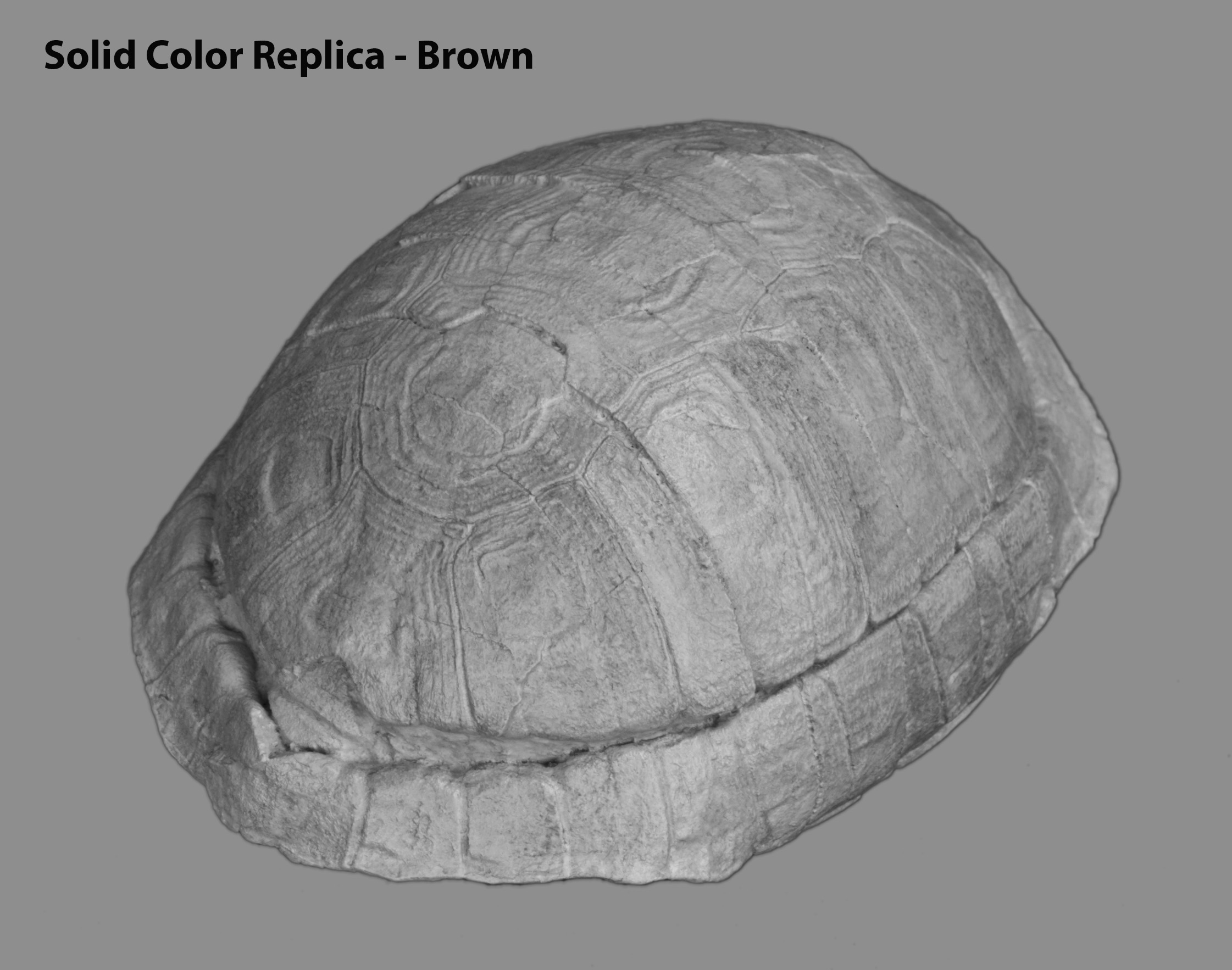 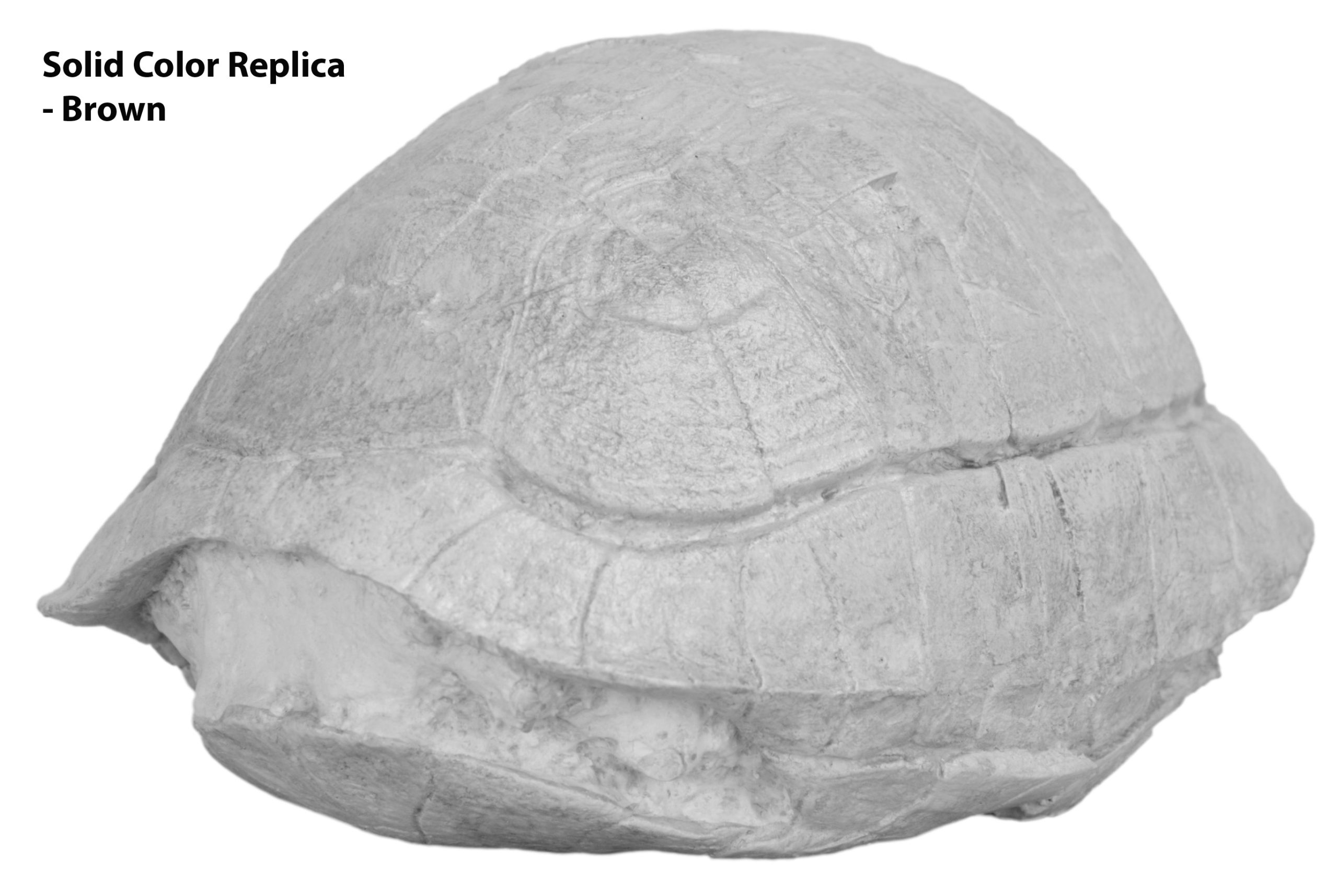 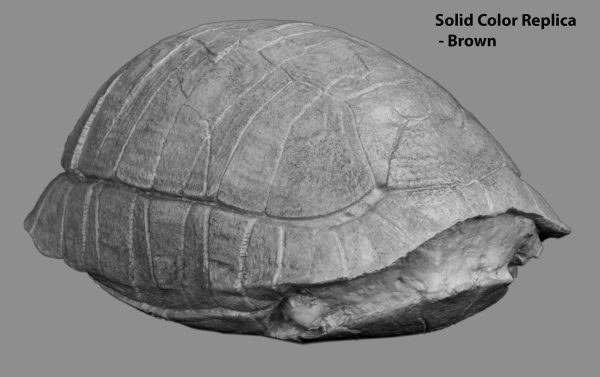 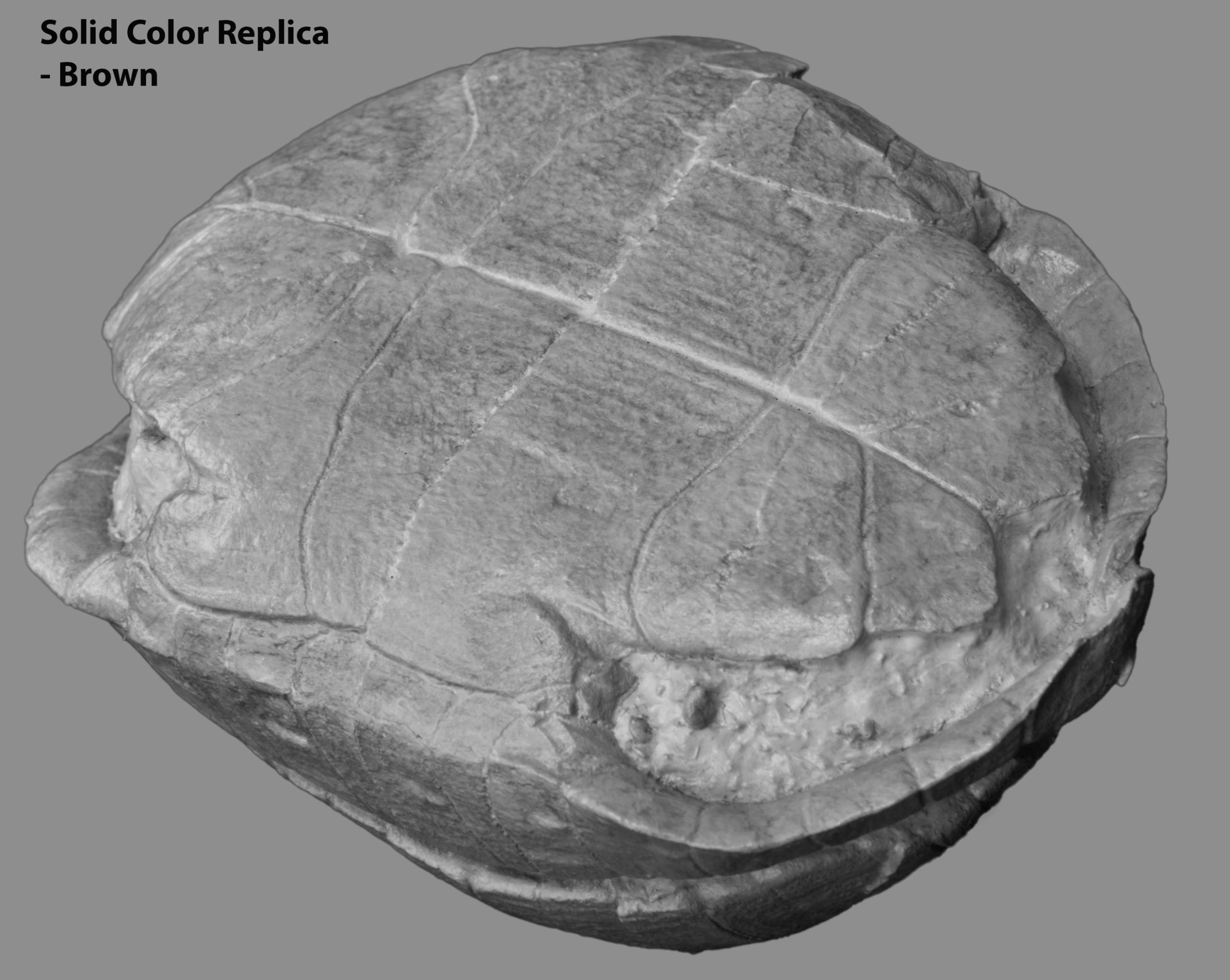 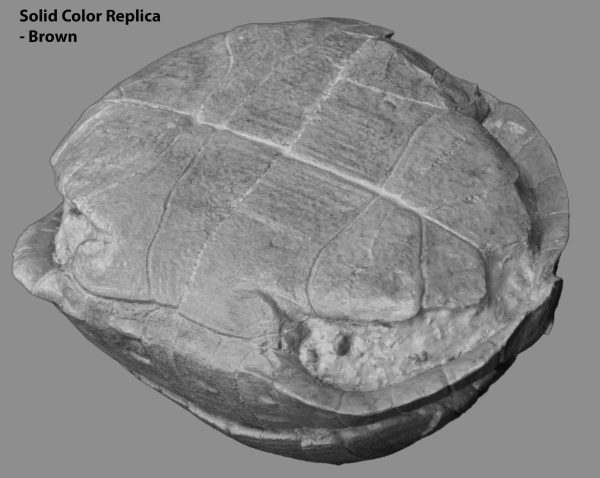 Production times may vary. Custom products are not always available on hand. Please contact us for production time and delivery.

The tortoises of the Badlands are one of the most abundant, and are certainly among the most fascinating vertebrates from the Brule Formation. Joseph Leidy, in 1852, described Stylemys nebrascensis from several specimens collected by John Evans of the U.S. Geological Corp in an expedition to the Territory in 1849. Stylemys nebrascensis was the first fossil turtle described from North America. Specimens of these tortoises range in size from as small as 5cm to as large as a meter long.

There are three modern descendants of these tortoises living in North America. They are Gopherus agassizii in the US Southwest and into northwestern Mexico; G. berlandieri in Texas and northeastern Mexico, and G. polyphemus in Florida. All are herbivorous and all prefer sandy soil and scrub brush. Their Oligocene ancestors probably lived a similar lifestyle.

Stylemys’ enemies were few, but there have been many found overturned with their plastron broken into small pieces. Most Oligocene tortoises are missing some parts (especially limbs, and the tail region), suggesting predation.

Our cast Stylemys is made from a complete and uncrushed specimen. It has a very high dome, which is not typical for the species.

Available as an unpainted, unmounted cast suitable for some research or reference purposes. Note: some portions of the original fossil may have been scientifically restored.